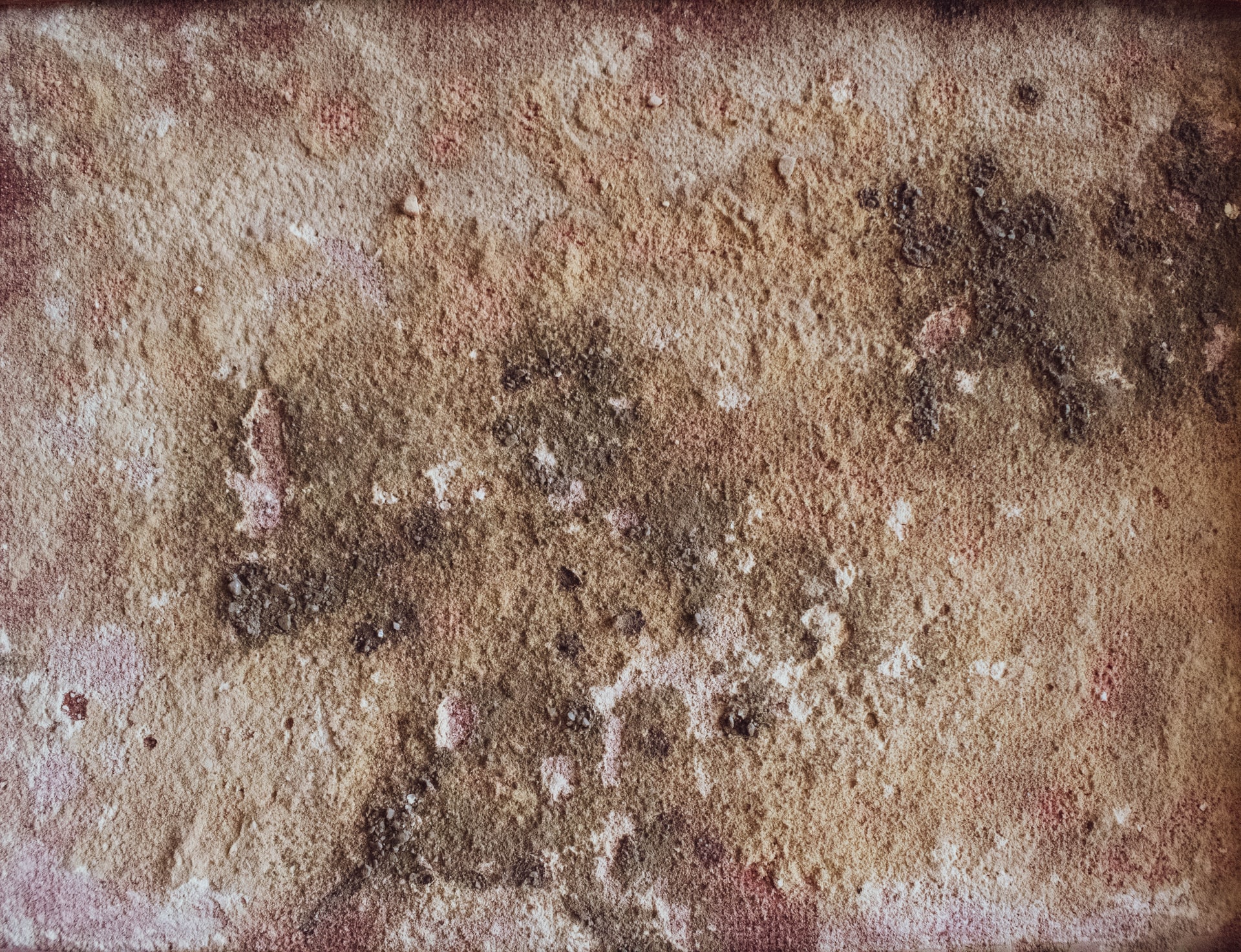 Mildew vs. Mold: What’s the Difference?

People often use mildew and mold interchangeably, and that’s no great surprise as both are fungi that grow in similar conditions. However, one comes before the other, and one is more serious.

Mold and mildew love warm and damp environments and can pop up anywhere in the home, although they favor kitchens and bathrooms. They can also be a consequence of flood damage.

It is essential to identify which are present in your property. Proper identification is the first step in safe and effective removal. The spores are invisible, so removal is not just about what you can see but what you can’t see.

What Are Mildew and Mold?

Mold and mildew are two different types of fungi that can appear in your home. Easily confused, there are some key and significant differences.

The term ‘mildew’ refers to certain types of mold or fungus. According to the Federal Emergency Management Agency, mildew is mold in its early stages.

It is a fungus often seen on wallpaper and drywall, particularly in rooms that lack ventilation and have too much moisture. Mildew consists of thousands of microscopic hair-like filaments called hyphae. It is a warning that mold will come next if you don’t take action. 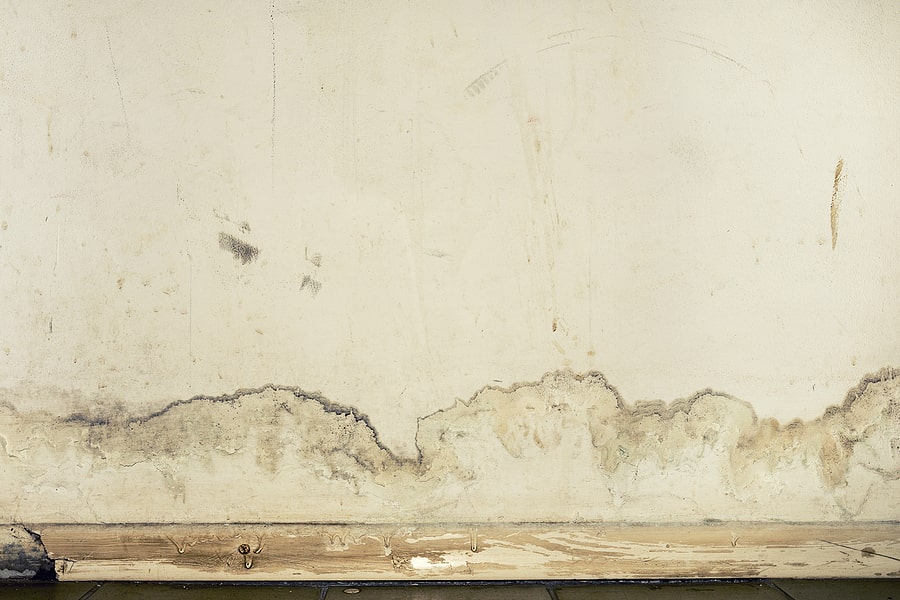 Mold refers to numerous species of microscopic fungi that develop from tiny spores. A naturally occurring phenomenon in our environment, it is part of nature’s ecosystem and helps with decomposition and recycling of nutrients.

The Center for Disease Control and Prevention (CDC) lists up to 300,000 types of mold worldwide.

This fungus is not something you want in the home. It can come into the house from spores sticking on clothing or pets or develop where there is excess moisture or humidity and a lack of ventilation.

Mold can thrive anywhere inside a house, but its favorite locations are windowsills, shower walls, and kitchen areas where there is a lack of ventilation.

However, it can be more insidious and develop in sealed areas where there might be a slow ingress of water, such as a leaking pipe underneath a bath or shower.

Read more: What does mold smell like in walls?

How Do I Know if it’s Mold or Mildew?

The terminology is used interchangeably, but there are key differences, and it is crucial to be able to tell them apart.

The appearance is a key and pronounced difference, as the two different fungi appear pretty distinct in terms of color and texture.

Mildew is usually white or yellow when it first appears, but it can turn to brown or darker colors as it ages. It has a downy or powdery texture.

Mold can be many different colors, but it is most commonly yellow, brown, green, blue, gray, white, or black. Its texture is fuzzier than mildew.

There are many online images that can help you make a positive identification if you suspect you have either one growing in your home. For the safest route to inspection and identification, call in an expert.

Both fungi produce a musty smell. However, mold usually has a more pungent odor that tends to permeate and linger.

Mildew is less dangerous to human health than mold. The latter can seriously impact healthy people and create an even more significant response in people with pre-existing respiratory conditions or allergies.

Cold-type symptoms that indicate a fungal infestation include:

If you experience these symptoms, it could be time to call an expert team to check out your home. For potentially life-threatening reactions, seek medical help immediately. 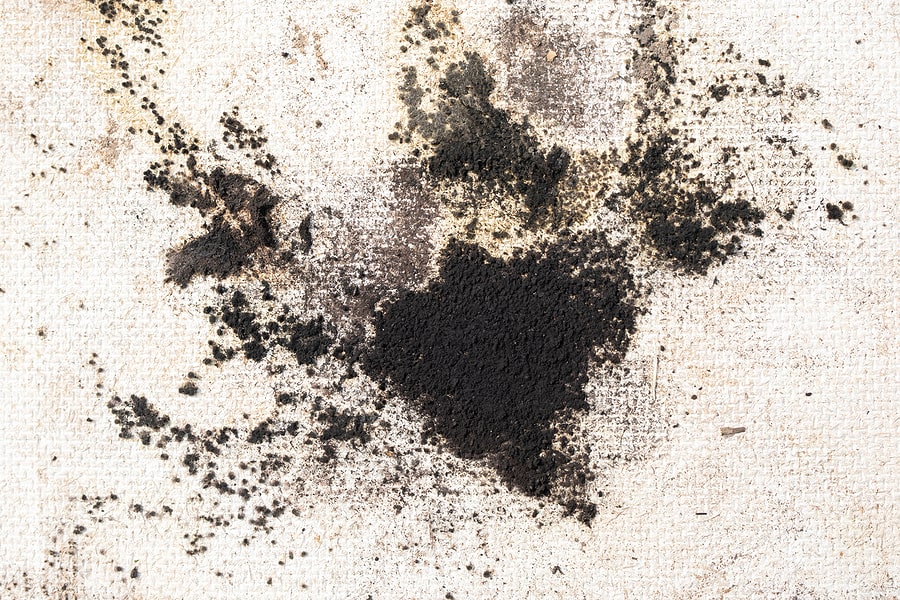 Both mildew and mold grow in similar conditions where there is a lack of light, moisture or dampness, warmth, and oxygen. However, they tend to favor different locations in the home, which can help provide a pointer towards identification.

Mildew likes flat surfaces like windowsills or shower walls. It thrives particularly well anywhere there is a build-up of condensation.

Mold can be considered the more versatile of the two. It will penetrate fabric, carpet, and paper products.

Mildew is primarily a superficial and aesthetic problem in the early stages, whereas mold can cause real damage to your home’s structural integrity.

Finding a hidden source of fungus growth, such as an enclosed leaking pipe in the bathroom, can require removing and replacing boarding and drywall.

Which Is Worse, Mold or Mildew?

Mold is worse for your health, home structure, and pervasiveness. However, it doesn’t mean that mildew is something you can ignore. Ignoring the problem with either mildew or mold can allow it to fester and put you, your family, and your home at risk.

Is Mildew Harmful to Your Health?

Mildew is not as harmful to your health as mold. It is a warning that conditions are not right in the home and that if it remains untreated, mold will develop.

However, mildew can become harmful as it matures. Interestingly, although mold often takes the spotlight, some people can be quite allergic to mildew.

As it develops, mildew releases microscopic spores into the atmosphere, triggering severe reactions in those with asthma or other respiratory allergies like hay fever. There is also a link between mildew and skin disorders like eczema.

Mold and mildew present threats to your home and family. Don’t wait—call the experts at All Dry USA for a fast evaluation of your mold and mildew problem. We can remove fungi quickly and efficiently, so the problem does not reoccur.

Don’t make the problem worse with inadequate and unsafe cleaning techniques. Call All Dry USA without delay for safe mold removal and remediation.