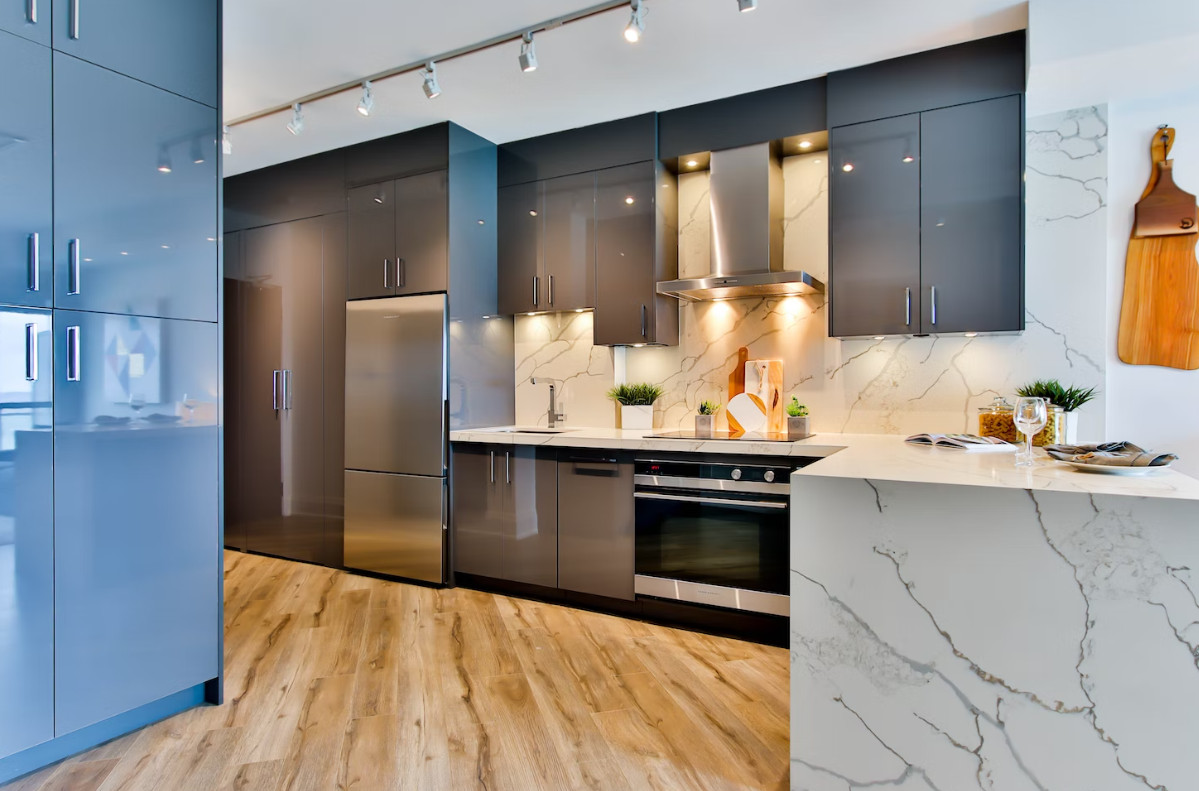 How To Use a Fire Extinguisher in the Kitchen

A high percentage of small home fires can be put out with a small, portable extinguisher. So, keeping a fire extinguisher in your kitchen can make the difference between a close call and a disaster.

Choosing and using a fire extinguisher isn’t difficult. There are a few key factors like selecting the right type of extinguisher, learning how to use it, and understanding the most common pitfalls.

There are different categories of fire extinguishers for different types of fires.

It’s essential to use the correct type of fire extinguisher; otherwise, your efforts will be rendered useless, and you could make the blaze worse. Fire extinguishers are clearly labeled with their category – some having more than one.

Many small, household extinguishers sold at home stores are classified as A, B, and C, so they cover most types of common kitchen fires.

What Is the Correct Way To Extinguish a Kitchen Fire?

Home cooking fires are one of the most common causes of fires in domestic homes in the US, according to the National Fire Protection Association.

Fire safety experts recommend you learn how to use an extinguisher before tackling a real blaze. There is a handy acronym – PASS – which can help you remember what to do in a real-life emergency.

How Do You Put Out a Kitchen Fire Without an Extinguisher?

The three elements that help a fire thrive are heat, fuel, and oxygen. Limiting or removing these will help you put the fire out or contain it whilst you call for help.

By keeping the door closed, you can limit the oxygen supply to a fire in a microwave or oven.

A blaze in a pan on the stovetop can be quickly covered with a fire blanket. If you don’t have one, a wet kitchen towel will double up.

If the fire is being fed by electricity, then, if it’s safe to do so, unplug the source. If it isn’t safe, isolate the supply at the fuse box.

Using a fire extinguisher that is too large

It’s intuitive to opt for the biggest extinguisher to protect yourself against a possible kitchen fire. However, the large extinguishers are also pretty heavy and hard to handle. 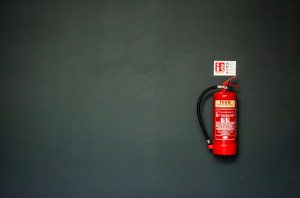 For small kitchen fires, which are usually spotted before they have time to take hold, a five-pound fire extinguisher is easier to use than the ten-pound option, which is better suited to garages or home workshops where a fire may not be noticed so quickly.

Not reading the instructions properly

Hopefully, you won’t ever have to use an extinguisher but if you’ve not used one in a while, refresh your memory every so often, so you’re not caught out if there’s a fire.

Time is of the essence, and if there’s anything you don’t understand in the instructions, then that’s not the time to try and figure it out!

Standing too close to the flames

Stand at least six feet from the fire and aim at the source rather than the flames themselves. Most people stand too close – you could burn yourself or make the fire worse as the pressurized accelerant in the extinguisher may also ignite.

Equally, don’t stand too far away otherwise, the contents of the extinguisher simply won’t reach the blaze.

Spraying the fire in the wrong place

People often point the nozzle at the top of the blaze and work down; instead, sweep from the bottom up. The fuel that’s feeding the fire will be at the base.

Forgetting to pull the pin

It’s easily done in an emergency, and the extinguisher won’t work with the pin still intact.

Using the incorrect type of extinguisher

Always take a moment to check that the extinguisher is correct for the type of fire. Class A, B, and C extinguishers will cover most kitchen blazes but remember, cooking oil needs a Class K.

Tackling too large a fire

If the fire has already taken hold, then trying to put it out yourself only wastes valuable time. Contact the fire service and make the area as safe as possible.

Forgetting to replace a used extinguisher

Even if the extinguisher isn’t empty, you must replace it after use.

Old unused extinguishers will lose pressure over time and should be refilled or replaced. Extinguishers with a metal valve can be refilled, but those with plastic valves are not refillable and must be thrown away.

Portable fire extinguishers put out more than 80% of home fires. But if a fire damaged your kitchen, get in touch.

Here at All Dry USA, we offer professional fire and smoke damage restoration for residential and commercial properties. Prompt action is essential to help limit damage and preserve and restore your home. Give us a call — we’re ready to help.