How to Put Out a Dryer Fire

The National Fire Protection Association reported that between 2010 and 2014, firefighters responded to an estimated 15,970 calls for house fires caused by in-unit washing and drying machines. Drying unit malfunctions are nowhere near the leading cause of house fires in the United States, but they start more easily than you might expect, and they’re not easy to put out.

The most common reason for a dryer to burst into flame is lint buildup. Lint collected in the trap should be cleaned out after every load, but too few people realize that lint also collects at the back of the exhaust pipe before the hot air is expelled outside. This doesn’t need to be cleaned as often as the main lint trap, but leaving a bulky build-up of highly flammable lint is a one-way ticket to calamity.

When To Fight Dryer Fires

There are times to fight a dryer fire and times not to. In either case, it’s essential to keep a five-pound ABC extinguisher near both units.

There are warning signs you can learn to spot before the flames start rolling. First, if your clothes are coming out exceptionally hot, that may be a sign of a problem. Other, more worrying signs include smoke coming from the unit, erratic popping noises while a cycle is going, and the smell of burning.

If the flames are small and containable enough, you may be able to fight them independently. We’ll get into that process in the next section. But more often than not, you’ll be in over your head before you even realize what’s going on. In that case, your best bet is to shut the door to the laundry room, vacate the premises, call the firefighters, and let them handle it.

What To Do If Your Dryer Catches Fire

If you’re lucky enough to be in the laundry room as the flames first catch, you may be able to fight it, given you have an extinguisher and flame resistant blanket on hand. In any event, you should always call the firefighters.

The first thing you must do is resist the natural temptation of opening the door to the unit to get direct access to the flames. The handle will likely be hot enough to burn your hand instantly, plus opening the door will encourage the fire to spread.

Grab your extinguisher and go to town. Make sure not to neglect any flames that may be issuing from the back of the unit, or even through the venting out the back of the house.

If it’s safe to do so, unplug both appliances and cut the power to your house. If it isn’t safe to do so, this is a time when you need to lean on firefighters to do their duties.

Once you’ve contained all that you can manage, leave your house. If it’s safe to do so, grab important belongings in the event the flames spread uncontrollably. But if you can’t, rest assured that in 2019 alone, almost 1.3 million fires were successfully extinguished by firefighters. 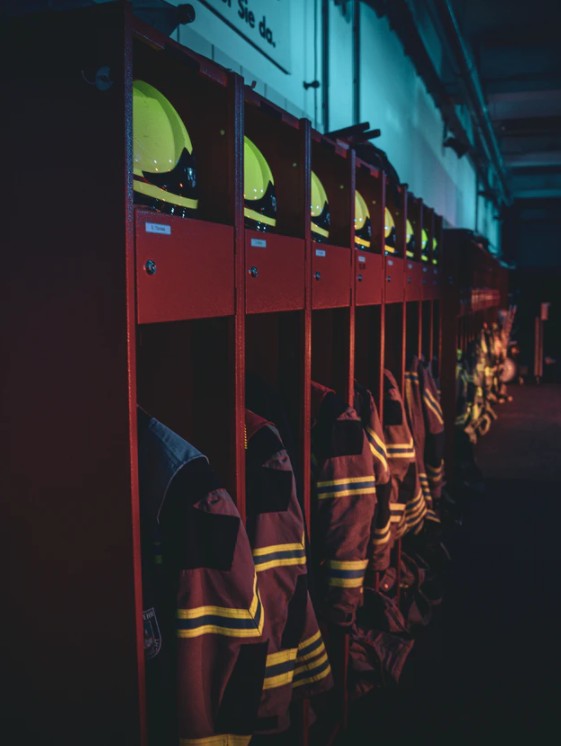 Stand at least 100 feet away from home. All residential dwellings have their hidden sources of combustibles, from containers of oil to flammable insulation. You never know when a house fire is going to go from tiny to terrible. It’s in your family’s and your own best interest to stay clear of it all, no matter how heartbreaking it can be, to stand and watch.

It’s time for renters and homeowners alike to think proactively about dryer fires. Before one erupts, and you’re caught unaware, you can take precautionary measures to ensure the chances are slim. Here are the five things you can do to prevent dryer fires:

Can a Dryer Catch Fire When Off?

Yes. Short-circuits or problems with the wiring within the dryer can cause a fire, whether it is on or off.

No. Dryer fires are far more commonplace than most people expect, with over 15,000 occurring in the US each year.

Can an Old Dryer Cause a Fire?

Yes, primarily due to a buildup of lint and the increased risk of wire failings.

Is it Safe to go to Sleep with the Dryer On?

No. Just as you shouldn’t leave a grill unattended, sleeping with the dryer running increases the risk of fire.

Be Mindful, Be Safe

The most important thing is always to be mindful when using appliances like a stove or dryer. No one thinks a house fire will happen to them–until it does.

If you’ve suffered a house fire, and are now facing the daunting prospect of smoke and fire damage, call the pros at All Dry USA. Our team of highly-trained specialists is on hand to provide damage restoration services as soon as the dwelling is safely cleared. Call us and get a quote today.